Humanity goes through a breeding process by the Keepers of the Garden. Like plant breeding.

During plant breeding they take two roses, mix their genome, and a nicer rose will be the result. We humans have made such quality-raising procedures with wolfs to create the species called dogs. We further breeded them, to raise their quality, and hence the process resulted in us having the most various types of dogs. The wolfs and the dogs, the species haven’t become poorer or a loser in the process.

This process was enriching life. And it was useful for us. And for many-many dogs (ex-wolves), this means an upliftment in capabilities, in quality of life. The animal souls also have a wider array of dog-bodies to use for various soul-level learning processes. Humanity’s hybridization, breeding of the dogs is an example where the spiritual realm cooperated with a species of the manifested world and contributed to create a third (array of) species.

The same is happening with Humanity. For the win-win benefit of all.

From the lectures of Barbara Lamb, regressional hypnotherapist, we know that certain extraterrestrial species have interbreeding processes with humans. Extraterrestrials use their reproductive materials or they directly make babies with the humans.

The concieved babies are either born as Earthly humans or as fetuses they “pass away” through what seems to be a “natural spontaneous abortion”. However in many cases it turns out that they have actually been taken out by some yet unknown means (teleported) from the Mother’s womb, and be raised up in the Heavens.

Based on testimonials from multiple individuals we know that the first such hybrids up there were quite not having the same appearance that we would call particularly pleasant to a human eye.

For this reason they furthered the interbreeding process, and they used the genome of the so called first generational hybrid to be mixed with a new human genome, probably from the same family!!! in the then future.

This way in the past half century they managed to create very attractive, totally human looking hybrids about whom no uninitiated eye would tell they are not totally just human. This are third, fourth, fifth generational hybrids. The rest is living up there with their heavenly parents.

Not just the bodies, the corporeal DNAs are upgraded, but the “soul-DNA” as well: the DNA is a material-spiritual substance: if it is developed, an enhanced soul is need for that body.

And vice-versa: as the spiritual maturity of Humanity evolves through the ages, our DNA gets more precious.

So here we arrived to the new children.

Our Human Civilization is undergoing a shift in consciousness, in frequency: it is developing into a higher dimension. Some argue that this shift will be immediate at some point in time (especially esoteric-spiritual bestselling authors and speakers), others argue it will take decades or lifetimes of generations, yet others it will take one or a few hundreds of years. The writer of this blog is on this latter view, though will be happy for a “cosmic shortcut”. Time doesn’t matter. What matters is that this shift is inevitable.

We now have plentiful evidence that extraterrestrial beings not of Earthly origin exist. We even have whistleblower testimonies that breakaway civilizations of past humanities on Earth (before our currently officially accepted known history) also exist “out there”, yet this is currently irrelevant to the topic of this blog, Exopolitics Hellinger. More on that information can be found through the works of Michael Salla and Corey Goode.

What is more interesting to us in our current examination is that extraterrestrials have an intimate interconnection with our species. This means that we are connected to them and they are connected to us. Like in systems theory and quantum theory: every element is connected to and has an effect on every other element in the whole.

Humanity has been created among many other reasons (which is a topic of another, future blog post) so that tens of billions of Earth-years old civilizations of the Cosmos can survive their breeding: after this long time even the largest of populations suffer from the genetically damaging effects of interbreeding. Many ancient extraterrestrial races needed a genetic refreshment. To achieve multiple at the same time, they decided that this will also be a genetic UPGRADE FOR THEM.

Please read this former sentence twice and think about it. We Earth Humans are a Genetic Upgrade to Them. We are That Precious!

So for that end, they all had to get together and create a new hybrid seed race mixed from all of them, which is us. Because there were many of them, and they lived in different dimensional and resonance frequencies (upper 4D, 5D, sixth dimension), they had to find the lowest common denominator: 3rd dimension.

This way they could make a race, us humans, that would in time develop into a high enough vibration, resonance, frequency, that we become equal partners of our heavenly ancestors.

Until this point it might seem that we are just tools for them. On the other hand an enormous group of souls decided that they take advantage of this mostly physical process and these voluntary souls decided to use this race to undergo a spiritual evolution.

The ETs and the spiritual dimension decided to use Earth not only as an engine to mix genes (to have a new race for the Cosmos based on the genetic heritage of many extraterrestrial races), but also to mix opposites of duality so that a third type of consciousness be created that transcends duality.

To understand this, suffice it to say that the manifested world is the world of opposites, polarities. Contrary to the commonly quoted examples to illustrate this (dark and light, heaven and earth, up and down), duality mostly refers to emotions and states of mind, levels of consciousness.

But not an extraterresrial race went through the process of first being in ego state and then rising through it into the above-ego level of consciousness. This is a unique Grand Experiment in the Cosmos.

This way our DNA, which is partly physical, partly spiritual, will be truly valuable for everybody out there. And this evolvement makes us souls who voluntered to undergo this process a set of more evolved beings than before. This is our collective Hero’s Journey. And it is the story of hope and the story of love for (most of the) heavenly races.

Bert Hellinger is considered one of the most respected psychotherapists in the world today, he has revolutionized the heart and soul of family therapy by shed light on the unconscious, and often destructive, loyalties within families. While much of psychology concentrates on exploring the conflicts in one’s childhood, Hellinger’s work examines the tragedies in one’s family.

Hellinger has observed that traumatic events (such as the premature death of a parent, sibling or child, an abandonment, crime or suicide), have a powerful force affecting later generations.

The results are often immediate and life-changing. The Family Constellation Approach is one of the most rapidly expanding forms of therapy in the world and is practiced in more than 35 countries.

If you are an experiencer, please find a therapist from the Therapist list. We hope some therapists will join. You can help this process by informing therapists in your country about the idea and asking them to submit their names and contact details to the For Therapists page. Be the change you want to see happening.

If you don’t find a therapist easily, spread the word in your country, in your language, create a website for that like this one, and thereby: create your future therapist and this way, you will help very many other souls, as well. Not just human souls, but the building up of the connection between extraterrestrial and human civilizations. You can be a part of that! Start right now! ❤

Must See Video No.1.

Must See Video No.2. 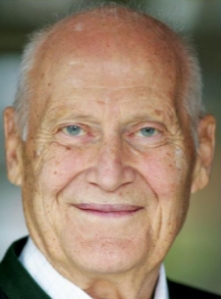